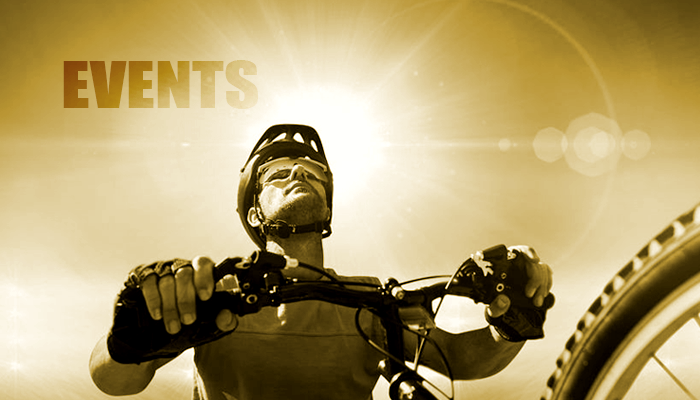 As it had only been 4 days since the 5km swimming challenge, it soon seemed to have got to the next one. Even though it had just been New Year, I had been to the gym on each of the days in between to keep up my training. I was feeling much fitter after having a good couple of weeks training after being ill but knew that despite that it was going to be a tough challenge as I hadn’t done much rowing in preparation and it was a long distance. At the narrowest point, the English Channel is 33.1km (20.6 miles) across so that was the distance I was going to try and cover. In the build-up I had been doing some exercises to try and strengthen my back as I knew that was one area that could prove to be a problem. On the day of the challenge we had visitors in the morning so after lunch I made my way to the gym and would have just enough time to complete the distance before it closed based on the 4 hour estimate. When I got to the gym I filled up my bottles, bought some Lucozade and then got myself set for the start. I set up the rowing machine for the distance required and it started to hit home just how far it was as I had to set up a custom program to be able to go that far! I fastened my feet into the straps, put some Metallica on my phone and then it was time to get going.

I tried to set off at a steady pace as 4 hours is a long time to do anything but particularly something where you are set in the same position. I tried to keep to 38 strokes per minute as that felt like a reasonable pace and one that I would be able to keep up for a while. I knew from previous challenges that the pace would fall off a bit towards the end so I set that as my target to try and maintain for as long as I could.

As the distance started to tick down I was quite surprised at the progress I was making. I’ve always tended to avoid the rowing machine when I go to the gym as its not a machine that I enjoy using (which makes you wonder why I would do a challenge like this???) so I didn’t really have any feeling about how it was going to go and whether or not I could do it. The first half hour seemed to pass fairly quickly but it was marked with a quick drink and a tightening of the straps and then it was away again. I was feeling fairly good and seemed to making decent progress so I kept on trying to keep a steady rhythm. As I got towards the hour mark, the pain had started. It started in my lower back which was mainly due to being sat in the same position. Unlike many of the things I’ve done you can’t really move around when you are rowing or try and get yourself loose by shuffling slightly as you need to keep moving in the same way and you can’t get up and walk around. When I reached the hour mark, I had made much better progress than expected as it was predicting that I would finish in 3 hours and I had already covered over 10km which was a surprise. The problem from here on in was going to be mental as it was all about dealing with the aches and pains that were coming. I tried to switch off from it and focussed on what was coming through my headphones. My legs were now starting to burn as they pushed me back and forward but there was still a long way to go so I had to try and keep the pace up. If I could manage to get it done in 3 hours rather than 4 then it would be much better. I kept trying to switch off by thinking about something else, watching the darts that was on the TV in the gym or by trying to make my head go blank. It worked for a while and I was able to shut it out and keep the pace going but I was now going through spells that were faster and then slower rather than keeping the even tempo that I had for the first hour. As I moved towards the 2 hour mark I was surprised that my arms and shoulders weren’t aching more as they seemed to be coping fine. At the 2 hour mark I was still making better progress than I had expected as I had covered over 20km but it was now looking like it was going to be at least 3 hours 15 to complete the distance. My back was now becoming an area of concern as being in the same position was becoming more and more uncomfortable and my hands were also now starting to feel sore. There wasn’t much that I could do about either as there was still 12km to go and I had to get to the finish as there was no way that after getting this far I would not finish the challenge. As the time ticked on it got more uncomfortable and my attempts to shut it out were starting to fail as I was shuffling around in my seat and adjusting everything I could to try and get more comfortable. What I really wanted to do was to get up and have a walk around but I couldn’t as I didn’t want the rowing machine to switch itself off through non-activity. After 2 hours 30 my body was telling me to give up but my mind was still telling me to keep going. I tried to focus on the finish and what I would do after I got off the machine but even that didn’t really help. I kept trying to keep a steady rhythm but it was becoming more and more erratic between when I could shut the pain out and when it was putting me off. 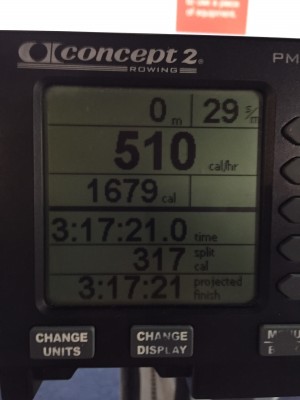 Finally after 3 hours 17 I finally made it to the finish and the zero ticked over in the distance to go. I had made it over the English Channel (well the distance at least). Without a doubt the last hour of the challenge was the hardest that I have had through the year of challenges. Some of the others have been painful but the pains at the end of this were far worse than anything else I’ve had so far.

When I finished I was just slumped over the rowing machine for a couple of minutes until I came round and then the struggle began as I couldn’t straighten up to get out of the seat! It took me what seemed like an eternity to get up far enough to try and take a photo to commemorate finishing. I still couldn’t stand up straight and walking was difficult which seems to show on the photo as the pain seems to be etched on my face. As I hobbled back to the car to get home, looking like I had lost my horse, it started to sink in what I had actually done. Not only had I rowed the distance across the English Channel but I had also kept going when my body wanted me to stop and had broken through some of my barriers to get to the end. I had to get to the end to prove something to myself and also to complete it for Dan. It wasn’t about the sponsorship but was about proving that I could do it after the disappointments of missing some of the other challenges. Completing the row has now left me with just one more challenge to go so watch this space for an announcement about what is going to be happening.